*The books listed here can be read by both boys and girls.  However this book list is geared towards the general interests of boys.

GUYS READS SERIES
Jon Scieszka  and Various Authors
here's something for every guy in this collection of stories,  mini-memoirs, advice, poems, comics and drawings . 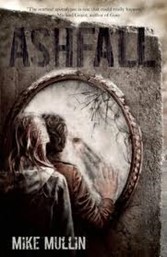 ADVANCED READS for tweens and teens, ages 11 up

ASHFALL
by Mike Mullin
Fifteen-year-old Alex is home alone when a supervolcano erupts, descending the world as he knows it into darkness, ash, and violence. All seems hopeles until he teams up with Darla, and together they fight for survival. 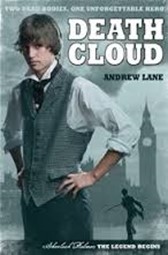 
(Young Sherlock Holmes series) by Andrew Lane About to begin his summer vacation from boarding school, the fourteen-year-old Sherlock learns he has to spend the holidays with remote relatives. Before long he becomes deeply involved in attempting to solve a murder mystery, and suddenly Sherlock’s summer vacation is anything but dull.

Climb on board the Leviathan, a living airship, and join the action with two teenage heroes as they’re swept up in an alternate universe version of World War I.

‘The Flock’, Max, Fang, Iggy, Nudge, the Gasman, and Angel are pretty normal kids–except that they’re 98 percent human, 2 percent bird. And they were raised in a lab by evil scientists. And they can fly.
Oh–and they’ve been called on to save the world.

Thomas wakes up in an elevator, remembering nothing. He joins a group of boys who have been penned into a large walled-in area called the Glade, which opens up to a maze every morning. When the first girl joins them the next day, Thomas realizes he may be more important than he could ever guess. 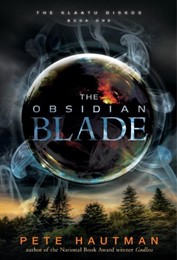 Around Tucker’s idyllic town of Hopewell, unearthly disks appear, suspended in the sky. Not everyone can see them, but for those who can, the disks serve as portals to other places and times. When Tucker’s parents disappear, it’s up to him to find them, against all the ghosts, mega-maggots, futuristic medicine and weapons that come in his path.

THE RED PYRAMID
(The Kane Chronicles series)
by Rick Riordan

Fourteen-year-old Carter Kane and his twelve-year-old sister Sadie Kane discover that the blood of the pharaohs runs through their veins, and they are the most powerful royal children to be born in centuries. Can they summon enough magic to rescue their father and reconcile the gods with the Per Ankh, the House of Life, before Set—the Red Lord, the evil god of chaos—destroys North America and more?

After eight dangerous and daring missions, teen spy Alex Rider has come to his last. But this mission is like no other. The danger is greater, the stakes higher, the villains deadlier, as Alex once again goes up against Scorpia, the terrorist organization that he’s fought and barely defeated twice before.

DISASTERS:
Natural and Man-Made Catastrophes through the Centuries by Brenda Guiberson

Ten well-known catastrophes including the great Chicago fire, the sinking of the Titanic, and hurricane Katrina are dissected alongside detailed photographs and drawings. 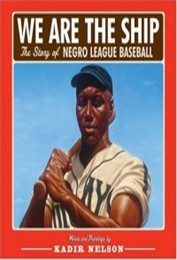 WE ARE THE SHIP:
The Story of Negro League Baseball by Kadir Nelson

Kadir Nelson says in his Author’s Note, “I chose to present the voice of the narrator as a collective voice, the voice of every player, the voice of we.” It takes about a page before you figure this out, and then it feels like everyone is telling you stories about what it was like to be a Negro League player.

Hakata Soy leaves his past as the leader of a superhero team to attend Astronaut Academy, a school on a space station orbiting Earth.  He hopes to make a fresh start in life, but his heroic past keeps catching up with him. 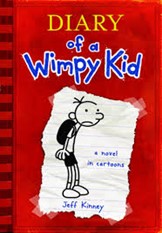 DIARY OF A WIMPY KID 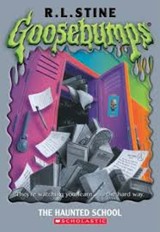 Tommy has a hard time making new friends at his new school. And the school is big–so big, Tommy gets lost. And that’s when he hears the voices, kids crying for help, coming from beyond the classroom walls…

Fourteen- year-old Zach Harriman knows he has a pretty amazing dad.  He accepts that his dad’s job as a government agent with a high security clearance means that Zachary must be kept in the dark about much of what he does.  When Zach’s father dies in an airplane crash, Zach starts to learn just how many secrets his dad really had, including his super-hero powers–and that the powers are hereditary.

Percy is about to find out the truth about the father he’s never met. “Lost at sea” is all his mother has ever told him. Well, Percy’s father is a god. A Greek god. A real one. And that makes Percy a demigod, a half-blood, and he’s now in mortal danger. 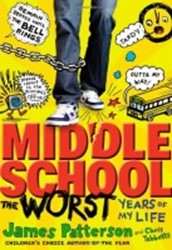 Middle School doesn’t begin well for Rafe Khatchadorian. Between run-ins with the school bully, Miller “The Killer” and a book of rules that the school actually takes seriously, to say Rafe is disillusioned with the educational system would be understatement. And so it’s totally understandable when his best friend, Leonardo, suggests that Rafe set out to break every rule in the book.

THE STORM MAKERS
by Jennifer Smith

Twins Ruby and Simon move to a Wisconsin farm, and suffer the consequences of the worst drought in history. Enter MOSS, the Makers of Storm Society, and Simon discovers he holds powerful weather-changing powers.

Griffin sells an old Babe Ruth baseball carp to a memorabilia shop, where the owner gives him 120 bucks for the card, claiming it is a knockoff made in 1967. What a liar! Griffin soon sees the dealer being interviewed on TV, showing the selfsame 1920 baseball card, worth a cool million. Griffin assembles a heist team and together they plan to steal back that card.

THE UNWANTEDS
and others in the series
by Lisa McCann

In Quill there are three types of people: Wanteds, Necessaries, and Unwanteds. Wanteds, as their name suggests, are the most valued members of society. Necessaries are tolerated for whatever menial skill they may possess. And Unwanteds, typically those showing a flare for creativity and resistance to conformity, are put to their deaths. Or so the Quillians think. 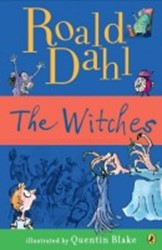 THE WITCHES
by Roald Dahl
A recently-orphaned boy stumbles upon the yearly meeting of the Royal Society for the Prevention of Cruelty to Children while staying at a posh hotel. But wait. These are not ordinary ladies. Alas, the group is actually made up of nasty witches, who are meeting to hatch a hideous plan to turn all of the children in England into mice. 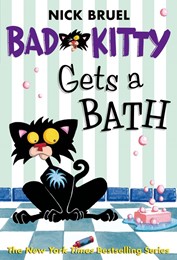 BAD KITTY GETS A BATH
and other titles
by Nick Bruel

You think you have a problem pet that rules your roost? Get a load of this quintessential bad kitty, a sleek, black, rowdy ruffian who is none too happy about getting a bath. OK, that’s an understatement. 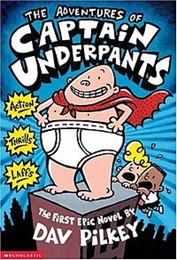 George and Harold hypnotize their principal, mean Mr. Krupp, and turn him into their superhero creation Captain Underpants.

A mysterious treehouse whisks Annie and Jack to the past–and in this first novel, that means the land of the dinosaurs. But how will they get home?

At lunchtime in the school cafeteria that day, Danny’s overly large and bright red hot dog bites Wendell’s finger. By the next day, Wendell’s finger has turned candy-apple red, and his back is growing hair. Sneaking into the cafeteria’s walk-in freezer to investigate, Danny finds an unusual package of hot dogs with the label “Were-Wieners, a product of Transylvania.”

EVERY THING ON IT
by Shel Silverstein

A new collection of 30 never-before-seen poems and drawings from Shel Silverstein. 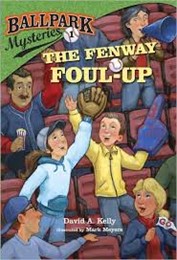 Can Mike and Kate solve the mystery of who stole the Red Sox’s lucky bat?

THE ONE AND ONLY IVAN
by Katherine Applegate
Ivan barely remembers his life before the mall.  He has some wonderful friends: there’s Stella, the stoic elephant twice his size; there’s Bob, the homeless-by-choice dog who sneaks into the mall every night and sleeps on Ivan’s big belly; and there’s Julia, the human daughter of George the custodian, who does her homework by Ivan’s domain every evening and who shares a love of art with him.

A look at all things dinosaur, packing in facts on more than 50 species, and the six major watercolored pop-ups are spectacular.

GROWING UP PEDRO
by Matt Tavares

Before Pedro Martínez pitched the Red Sox to a World Series championship, before he was named to the All-Star team eight times, before he won the Cy Young Award three times, he was a kid from a place called Manoguayabo in the Dominican Republic. .

YOU NEVER HEARD OF SANDY KOUFAX?
by Jonah Winter

For six years, 1961-1966, Koufax was known as the greatest lefty pitcher ever. Pittsburgh Pirates Hall of Famer, Willie Stargell, said, “Hittin’ a Koufax fastball was like tryin’ to drink coffee with a fork.” In high school, this Jewish kid from Brooklyn aced every sport, and soon the scouts came calling.  This has to be the coolest-looking sports biography ever.